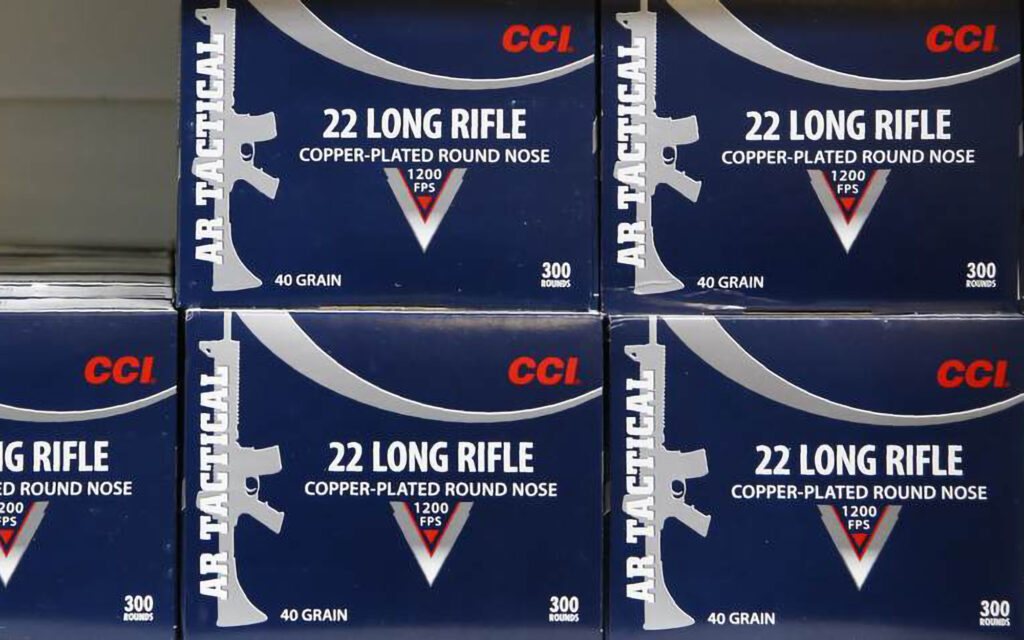 UPS has been in the gun world news quite a bit as of late. My colleague Lee Williams over at the Gun Writer Substack, AmmoLand News, and the Second Amendment Foundation Investigative Journalism Project just recently covered that a large number of firearm related companies have been having their accounts canceled by UPS. Not only that, Lee noted that UPS is allegedly destroying packages that are in transit. Friend and Second Amendment luminary, Patrick Collins, from The Gun Food, reported to me that many packages he’s shipped out via UPS have been turning up missing.

Collins, who owns an ammunition distribution company, said to me in an interview the other day that out of 18,000 rounds of ammunition he’s shipped, about only 6,000 were actually delivered. I quickly noted that less than half the product Collins is trying to ship is not being delivered, he did correct me in saying “Less than half, exactly. Less than…almost a third.”

What’s UPS’s response to Collins challenging this phenomenon? They tried to put it back on him, as if he’s not properly packaging the shipments. They even reached out to Collins saying that he’s been putting in a lot of claims lately on packages not getting delivered.

“They’re not even making it. And I don’t know what they are doing in the facilities, if they are purposefully damaging them. However, they are not making it to the customer. Now for every batch that does ship, we actually ship everything insured. And usually, depending on the quantity or the value of the shipment, we’ll ship it with some type of signature required. So it’s funny when they try to say, ‘well, you know, you put in too many claims.’ And it’s like, ‘well, no, I didn’t put in too many claims. Well, our customer never received their package that we had shipped.’” – Patrick Collins

The instances that Williams brought up and what Collins has reported are not the first times that UPS has been in the hot seat over such shenanigans. In 2020, Tom reported that there were UPS drivers stealing guns from packages. As well as other events through the years.

Is this part of a growing trend? Collins thinks so. He outlined to me what he sees as existential threats to the Second Amendment. He listed the multi-pronged approach of choking off industry members financially, disrupting the supply chain/logistics, and government overreach as being some of the bigger issues.

In fact, prior to these incidents, Collins had some experience with the former of the three tactics he listed. Collins confided in me that when he started his company a few years ago, his personal bank where he set up a business account shut him down. Not only did they shut down the business account, but they also shut down his personal account. What happened to that money? He never got it back saying that, “They confiscated the funds, I have to mark it as a loss. They don’t have to mark it as a gain. Of course, they’ll brag about it. They’ll say like, you know, ‘we’ve had accounts that have not shown up to collect.’ There’s no way for me to collect aside of having to take them to small claims, which is only a portion of the money that they actually took.”

Unfortunately many companies are all too familiar with the Obama era choke-point tactics which never really ceased. There’s a clear bias in big business against freedom oriented or Second Amendment related businesses, and many can’t stay afloat when such things occur.

I wanted to know more from Collins about the logistical issues that he’s faced and if others have been impacted too. While I haven’t gotten any other suppliers on the record, and really for obvious reasons revolving around retaliation, Collins did explain what he found:

“In the investigation from the shipping aspect, we actually got involved with a couple of other folks that say that here in the Greater Atlanta area, where my business is based out of, we’ve ran into issues where people have not received their ammo. And we noticed it on both ends. I believe one of my distributors has actually lost over $200,000 worth of ammunition that just wound up missing.” – Patrick Collins

Collins is really putting his neck out on the line in discussing these issues so publicly. But if he does not, who will bring to light the problems? Going forward, I asked Collins what he’s doing to combat a “he said/she said” scenario with the shipping companies. He said that they’ve developed an as near fool-proof system to combat the problem, “We’ve changed our policy on how we ship, so that we are pretty much providing them with a picture of how the box is packaged, as well as the actual box on the conveyor belt when it’s scanned by the courier service. So they really don’t have a foot to stand on when it comes to ‘did this package make it to the customer?’ ‘No.’ ‘And did the package get dropped off?’ ‘Yes.’ So you can’t really deny that.”

Before ending my conversation with Collins, I asked him if there was anything that he’d like to add on this topic in general and he stated, “Yeah, be very leery of the companies that you do business with, even on a personal level. As I had mentioned before, my personal accounts were shut down because of my relationship with my business. And it just was not fair at all. I basically lost out on all the money that was held in those accounts. And just be very leery of supporting businesses that are not…that don’t believe in the same beliefs that you believe in…”

The cultural war against anything and everything firearm related is not likely to end anytime soon. Until our progressive friends on the other side completely give up on disarming and controlling the population, we’ll continue to have companies and institutes capitulate to hinder the law-abiding citizen from exercising their rights. While what’s happening with Collins and the other ammunition distribution companies can’t be proven to be some sort of corporate scheme, the situation does need to be looked into further.

Click HERE to read the full article by John Petrolino at BearingArms.com. 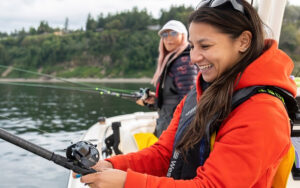 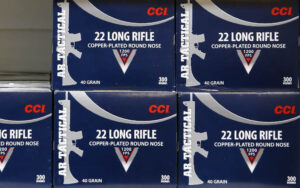