Lessons from the Fight for the Grand Canyon 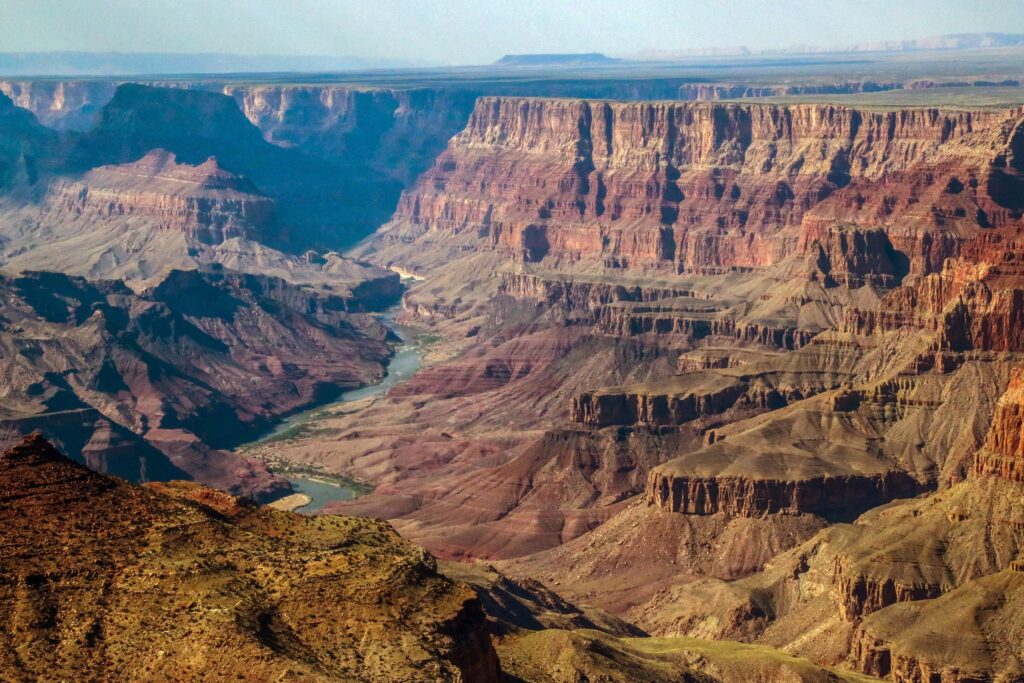 We once saved natural landmarks for their beauty—now it’s for survival, too.

To float down the Colorado River through the Grand Canyon is to meander through geologic time. As you descend, the formations you pass include the Coconino Sandstone, the Redwall Limestone, the Bright Angel Shale—by the time you reach the tortured-looking Vishnu Schist, you’re a couple billion years back in time. But, even amid the towering mesas and buttes, one of the sights that moved me the most was a pile of gravel about twenty feet high and dating back not much more than fifty years. We pulled the raft to the river bank, anchored it to a tree, and climbed up above the tailings, entering the cool, dry hole from where they had come. This tunnel—perhaps seven feet high and five feet wide—had been bored in the nineteen-sixties, when the federal government planned to build a big dam and back the waters of the Colorado up in a reservoir that would have drowned the bottom of the canyon.

That never happened. And the primary reason it never happened is that David Brower, the executive director of the Sierra Club, decided to fight the plan, and to do it in a way that environmentalists hadn’t managed before. Brower—one of the great conservationists of the second half of the twentieth century—knew that the federal Bureau of Reclamation and its massive dams were immensely popular with politicians in the West. The dams provided the water and the electricity that turned the deserts of the Southwest into powerhouses of suburban growth, including in Las Vegas, where Frank Sinatra was in residence at the Copa Room at the Sands. To Brower’s great regret, the creation of the Glen Canyon Dam, upstream, was already filling Lake Powell; it seemed a reasonable bet that the bottom of the Grand Canyon, too, would soon be underwater.

Instead, Brower waged a remarkable campaign. The coffee-table books that the Sierra Club had been publishing, at his insistence, since 1960, with photos by Ansel Adams, Eliot Porter, and others, had helped muster popular support for wilderness preservation. (“Time and the River Flowing” was many people’s introduction to the splendor of the Grand Canyon.) Brower took out ads in newspapers, with copy by the great public-interest ad man Jerry Mander. Government officials had argued that flooding the Grand Canyon would make it easier for more Americans to access it; in return, Brower and Mander asked, in very large type, “Should we also flood the Sistine Chapel so tourists can get nearer the ceiling?” As John McPhee memorably recounted in these pages, the public responded in huge numbers; the dam plan became politically toxic; the Colorado still flows. (That there are dams throughout the Colorado River basin doesn’t keep it from being a very wild river—flash floods claimed a rafter’s life just last week.)

Sixty years after Brower’s win, the National Park Service deserves huge credit for carefully managing the canyon-bottom wilderness that the Sierra Club campaign saved. Every party that starts down the river receives orientation sessions that outline strict preservation rules; the campgrounds, without rangers or signs, remain pristine; the past, including the holes from the thwarted dam excavation, are simply left for intrepid travellers to stumble across and explore.

As I sat on a mound of blazing hot sand and stared up at the hole, I thought of the current fights that resemble the Grand Canyon battle. They are many, from the pipeline that crosses under the Straits of Mackinac to the pipeline that will, if built, threaten both local communities and nature reserves that are home to elephants and other wildlife in East Africa. But perhaps none are fiercer right now than the fight over Line 3, a pipeline that will, if finished, carry crude and tar-sands oil from Canada across northern Minnesota. The line will cross the only American river more iconic than the Colorado—the Mississippi, right at its headwaters. And, like the Grand Canyon fight, it has impacts that are both local and global.

In the case of the Grand Canyon, those global impacts were mostly psychological—the sense that an ancient place of inestimable value would be defiled. A very small percentage of Americans ever visit it: only about thirty thousand people a year make it down the river. But, for many millions more, the knowledge that it exists intact is a blessing in itself. In the case of Line 3, much of the fight has rightly focussed on local impacts: the threat to rivers, lakes, and wild-rice harvests in Minnesota, and to the treaty rights of the indigenous people who are leading the fight. But the rest of us have another reason to stop Line 3: the insane temperatures we’ve seen so far this summer across the West and the North will certainly grow higher if we add hundreds of thousands of barrels of carbon-intensive oil to the world’s supply every day. And so the Line 3 battle, like Brower’s campaign for the Grand Canyon, needs to be nationalized.

There are signs that it is happening. When law-enforcement officials in Minnesota began blockading protesters, demonstrators in Massachusetts backed them up by occupying the regional offices of Enbridge, the pipeline’s builder, outside Boston. (In Massachusetts, Enbridge has built the bitterly contested Weymouth gas-compressor station, whose approval, a Boston Globe investigation found, was a “brute lesson in power politics.”) Protesters, meanwhile, are pressuring President Joe Biden. As Alan Weisman, a journalist arrested in Minnesota last month, put it, in the Los Angeles Times, “Biden could still act. He could cancel the pipeline by executive action, as he did when he blocked the Keystone XL permits on his first day in office.”

One hopes that Biden does—and that continued protests can create the national pressure that will give him the political cover that he may feel he needs. The success of the climate fight will determine what our geologic future looks like. If we lose today’s battles to the fossil-fuel industry, observers (assuming that there are any) may be able to see the resulting damage on canyon and cave walls millions of years from now. Instead of looking on with real gratitude—as I did at the pile of tailings that is the only remaining mark of the dam plans which once threatened an incomparable record of our geologic past—they will stare in sad wonder. Why didn’t people follow Brower’s example? 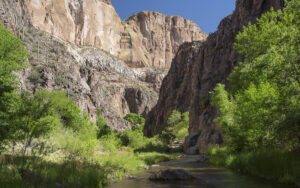 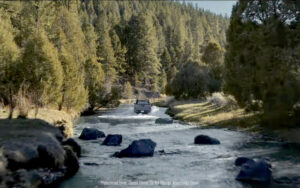 Nissan blasts through a trout stream in its new truck ad 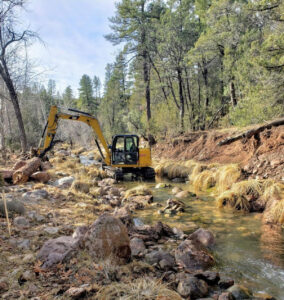