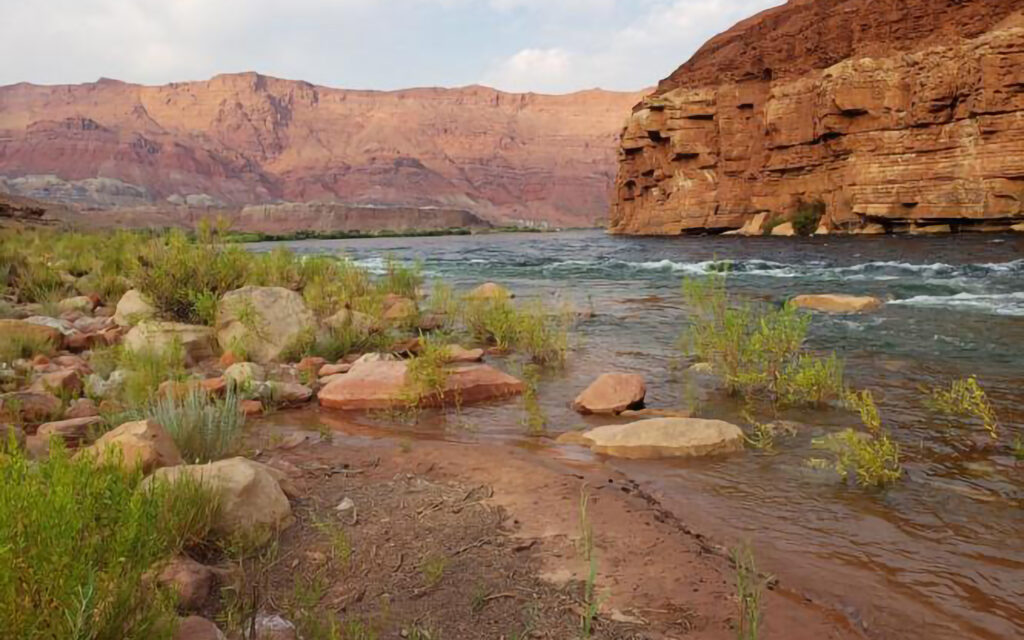 Compared to much of the West, Rim Country is fortunate to have had relatively high rainfall and snowpack over the years that has allowed our lakes to stay reasonably full. One lake in particular that is always of concern to Payson residents is C.C. Cragin Reservoir, as it provides water for our community.

Cragin is important to East Verde River anglers as well. When there is plenty of snowpack and the reservoir is full, it provides a kind of tailwater fishery to the East Verde River. The water piped from the bottom of the dam to just below Washington Park is cold, and in good years, a lot of water is released into the river for most of the year.

When snowpack is limited, and the lake does not fill, the bulk of the water that finds its way downstream is largely the result of springs and seeps along the river, many of which feed the Upper East Verde River above Washington Park. Under these tougher water conditions, the East Verde actually disappears into the ground and dries up for stretches at certain locations because there is not enough volume to allow it to continue to flow above ground. During these low flow times, trout are left with very few deep pools, and the water temperatures under these shallower conditions as the summer heats up sometimes becomes too warm to stock with trout.

Similar problems on a bigger scale

This impact of reduced snowpack and summer rains has left much of the West in drought with drastically lower lake levels as well as reduced flow and warmer temperatures in western rivers and streams. Arizona is painfully aware of the historic low water levels in both Lake Mead and Lake Powell. Rim Country does not depend on drinking water from these lakes, but the power generated from these dams, and the water that they provide for crops, many of which are grown in Arizona, are certainly important to us.

Currently, Lake Powell is about 25% full, and the water level in the lake is only about 43 feet above the level of the penstocks used to deliver water to the turbines for power generation. Below that point, Glen Canyon Dam loses its power-generating capabilities, and then all water to be delivered downstream will be released through the bypass tubes that are 120 feet deeper in the lake.

To keep Lake Powell as full as possible, the Bureau of Reclamation has been working with the managers of the dams farther upstream to provide as much water release from these reservoirs as can be managed, while still providing for their regional needs. This additional inflow into Lake Powell prolongs the ability to generate power from Glen Canyon Dam, and also adds more water that can be utilized in Lake Powell and the river before entering Lake Mead.

What about the fish?

While water delivery and power generation are both critical to this system, current conditions are also putting an incredible strain on the Colorado River between the two lakes, and in particular to the fish that inhabit the river and its tributaries.

From an angling perspective, I would be very hard-pressed to name a more beautiful place to fish for trout than Lees Ferry, which is the 16-mile stretch of river below Glen Canyon Dam. Unfortunately, the current and projected water discharges from Lake Powell put the rainbow trout fishery under increased threat.

Temperatures in the 70s become increasingly stressful to trout, and ultimately if they persist or continue to rise, can be fatal. While the water temperature will likely begin to cool in the next few months, river temperature predictions for August/September 2023 are even warmer; close to 72 degrees. Besides the incredible hardships these high temperatures cause for trout, they have a critical impact on other fish species as well.

The Colorado River below Lake Powell is home to several kinds of native fish, some of which are protected species. While these are warm water fish that inhabited the river long before the dam was built, they have benefited from the cold water outflow through Glen Canyon Dam. There are several high-risk, non-native warm water fish species in Lake Powell and upstream from Lake Powell that are a threat to these protected, warm water fish.

The native fish in the river above Lake Powell have been decimated by predatory warm water fish like smallmouth bass. The cold outflow from Lake Powell has provided a buffer to these warm water predators that occasionally have made it through the dam. Because of these colder releases, up until now, there has not been adequate habitat in a comfortable temperature zone for them to become established.

The warmer downstream section of the river near the inflow to Lake Mead is currently protected from upstream migration from the lake by a major rapid, that is in effect a small waterfall blocking passage upstream. So the native fish population within the Grand Canyon has remained isolated from high-risk non-native warm water predators.

As the water level in Lake Powell approaches the penstocks, the band of water where most fish in the lake are found inches closer to the level of the penstocks. That is likely to result in a greater number of fish passing through the dam. So, with temperatures in the river above 60 degrees, any smallmouth bass that pass through the dam will be in a temperature zone in the river that smallmouth bass are known to spawn.

If smallmouth bass become established in the river between Lake Powell and Lake Mead, and in the several warm water tributaries where many native fish live, removing these predatory fish from these hard to reach waters within the Grand Canyon will be almost impossible.

What can be done?

The deeper that Lake Powell is maintained, will keep more fish from approaching the penstocks to pass through downriver. The greater lake depth also means that the water released from the penstocks will be colder. That is better for trout and disadvantages warm water predators that get into the river.

There are studies underway to employ devices to minimize fish passage through the dam, and to determine how best to utilize strategic lake releases to inhibit smallmouth bass spawning. That might include, for example, combining water releases through the much colder bypass tubes with the now warmer water that is coming through the penstocks in order to cool down the river temperature as needed to inhibit smallmouth bass spawning.

In addition, the few warmer backwater areas in the Lees Ferry Reach provide an early detection to the presence of smallmouth bass and other warm water predators to alert managers of the current severity of the threat. Fish detected in these backwaters can be more efficiently eradicated than similar areas within the Grand Canyon farther downriver, and hopefully will help keep these fish from becoming established.

It seems unlikely during these dry times that there will be the heavy, multiple-year snowpack that would be needed to help replenish the lake levels, but we can help through water conservation efforts. To do that, we have to make some hard choices about our water and power needs. Agricultural, under increasingly arid conditions, accounts for well over 70% of the water use in the Colorado River system. The population growth in the West adds to the water demand of the system, and also requires more hydroelectric power generation.

There is no time to waste if we hope to protect these reservoirs, and the benefits that they provide us in our daily life. They are also critical to the rainbow trout fishery at Lees Ferry and the native fish in the Colorado River through the Grand Canyon.

Click HERE for the full story by Jim Strogen in the Payson Roundup. 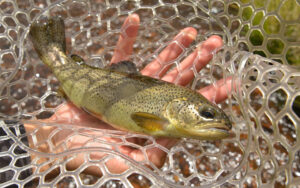 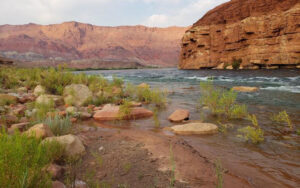 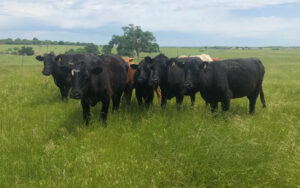